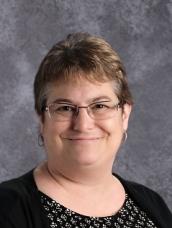 I have been teaching general music since 1992.  I began my teaching middle school general music and choir in the West Shore School District.  In 1993, I began teaching in the Hempfield School District.  While teaching at Hempfield, I taught Kindergarten, Pre-First, First, Sixth, Seventh and Eighth Grades.  I also taught sixth, seventh and eighth grade choirs.  in 2001 I decided to leave my position at Hempfield to focus on raising my three children.  During this time I continued teaching home school students from my home studio.  I was hired to fill a long term substitute position at Oxford in the fall of 2007.

I currently teach Kindergarten music at Jordan Bank.  In the afternoons I travel to Nottingham to teach third and fourth grades.  I am also the chours director for the fourth grade at Nottingham Elementary.  Fourth grade chours gives students the opportunity to experience a choral setting and participate in two concerts.  We meet every Wednesday before school.

As mentioned above, I am the mother of three college students.  Two are currently studying music and one is studying art.  My husband, Colin, is also a music teacher.  He is currently teaching middle school general music and band.  We live in Lancaster county but I love coming all the way to Oxford everyday!