Hopewell Breakfast with a Special Person

On November 22 the students and staff at Hopewell Elementary School celebrated the upcoming Thanksgiving holiday by holding the seventh annual Breakfast with a Special Person event, with generous support from the Oxford Parent Teacher Organization. Students enjoyed a hearty breakfast in the school cafeteria with a special guest, who could be any person they know who helps to brighten their lives. Many parents were in attendance, along with grandparents, aunts and uncles, and neighbors. After breakfast all the students and guests were invited to take a walk around the nearby high school stadium track as part of the day's Mileage Club activities. 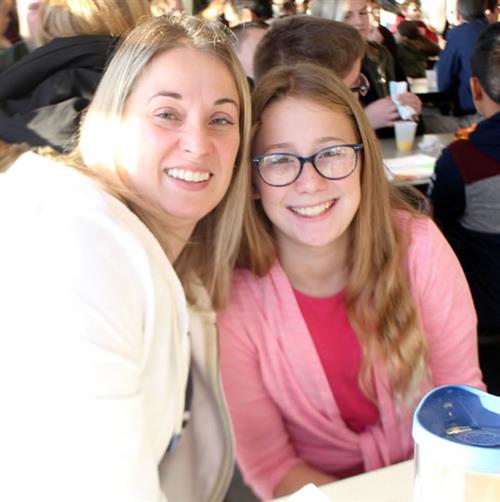 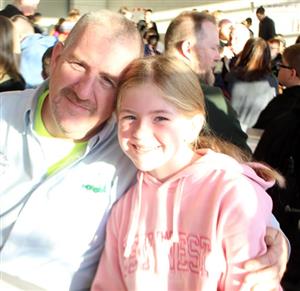 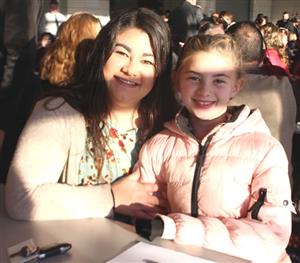 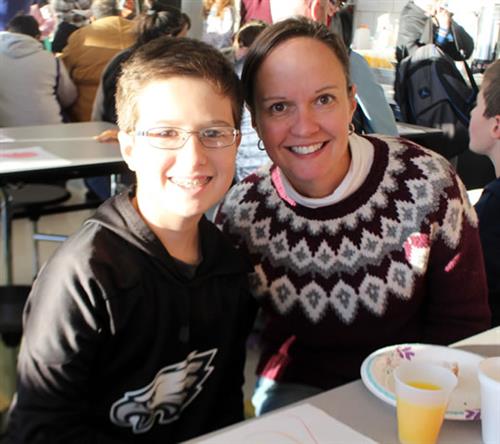 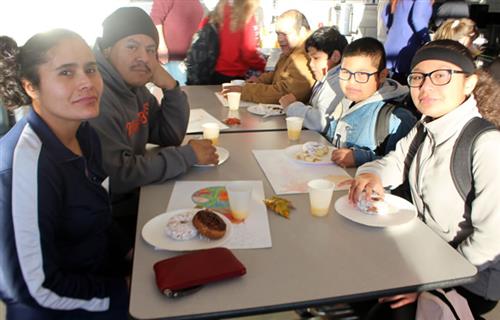 From left are Maria, Jorge, Jacky and Jorge Luis Hernandez 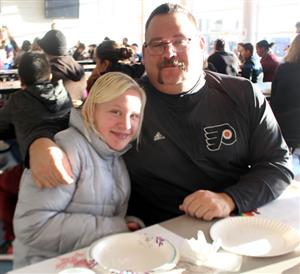 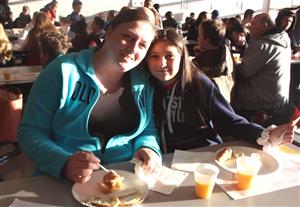 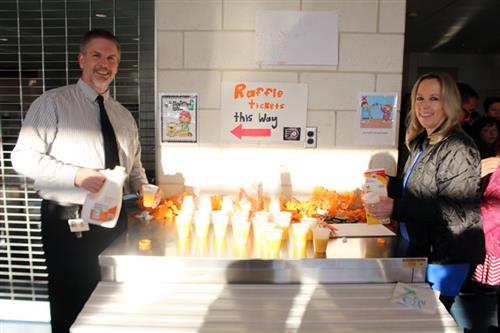 Mr. Barcus and Dr. Brown are juiced for the Special Persons Breakfast. 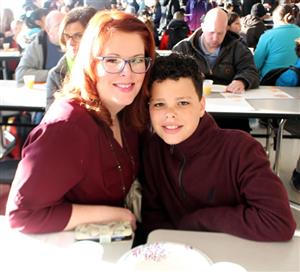 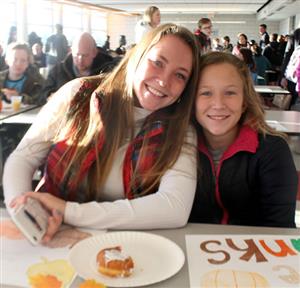 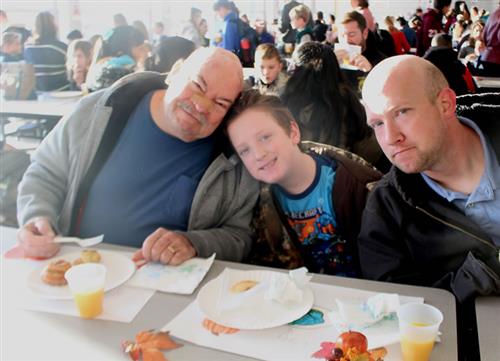 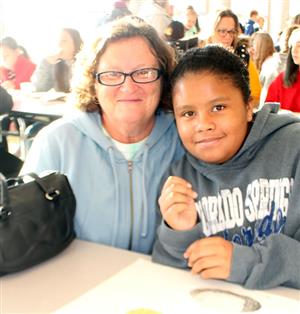