The Oxford Area High School chapter of Interact and the EarlyAct chapters at Penn’s Grove and Hopewell Elementary schools recently came together virtually to hold ceremonies to induct new members and install officers.

During the ceremony, EarlyAct and Interact members outlined their chapter’s three projects. Hopewell EarlyAct member Abigail Coe said that by the end of the school year, the chapter will have organized a peanut butter and jelly sandwich drive for donation to the Divine Sent Food Cupboard in Oxford; sewed face masks which will be sold and the proceeds donated to charity; and beautified the school’s butterfly garden with new plants, painting and general cleanup.

Penn’s Grove EarlyAct members Emma Kilroy and Savannah Van Wagner said the chapter will hold a Rock Your Socks fundraiser where students will give a small donation which will allow them to attend classes in their socks on March 19, with proceeds donated to a global charity; perform spring cleaning on the school grounds; and invite veterans from the community to visit the school for a Memorial Day recognition ceremony. Interact member Makenzie Lane said the chapter joined the school’s honor societies for a holiday toy drive with donations going to the Christmas Room at Oxford Neighborhood Services; made and signed Valentine’s Day cards for area veterans; packed and sent care packages to active duty troops and first responders; and will volunteer at the next Chester County Special Olympics event.

EarlyAct and Interact members are selected on the basis of essays describing their interest in joining the club and commitment to community service. Officers are elected after delivering speeches on their leadership skills and ideas for the club to the full membership. 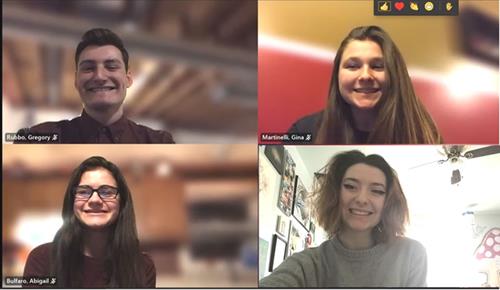