OAHS to present "Once Upon a Mattress" from March 5-7

The Oxford Area High School Drama Department will present its spring musical production, Once Upon a Mattress, on Thursday, March 5 and Friday, March 6 at 7 p.m. and Saturday, March 7 at 2 p.m.

Tickets are $12 adults, $8 students and children and can be purchased online here. Tickets will also be available at the door, but advance purchase is encouraged for best seating options. 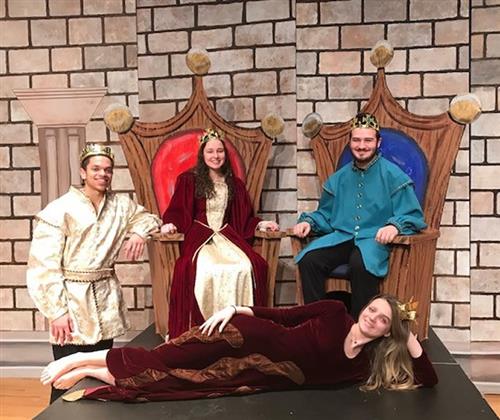 Once Upon a Mattress, to be presented at Oxford Area High School on March 5, 6 and 7, features senior Miranda Nilan, foreground, as Princess Winnifred and, from left, senior Christian McCartney as Prince Dauntless the Drab, junior Kelsey Bennett as Queen Aggravain and senior Chase Raysik as King Sextimus the Silent.

Once Upon a Mattress is a musical-comedy adaptation of the Hans Christian Anderson fairy tale “The Princess and the Pea.” It opened off-Broadway in May 1959, and then moved to Broadway.

Marking the Broadway debut of Carol Burnett, Once Upon Mattress ran for 244 performances and was adapted for television in 1964 and 1972, with Burnett reprising her role as Princess Winnifred, and 2005, when she took on the role of Queen Aggravain. It returned to Broadway in 1996-97 and remains a favorite high school and community theater production. 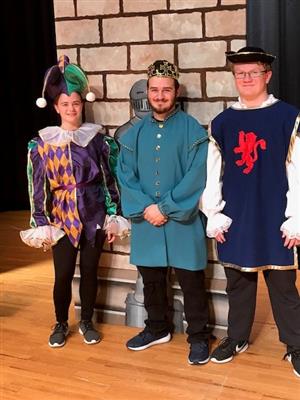 “Once Upon a Mattress is one of those shows that has roles for a lot of students, and all of them have a chance to be featured,” said co-director Dr. Erin Kauppila, the school’s band director. “We have our leads but the supporting cast is just as important to the story.”

“There’s a good amount of ensemble singing as well as a good amount of dialogue,” said co-director Bridget Saltzburg, the school’s choral director. “I think audiences will see a lot of great singers but also several cast members who are very talented actors.” 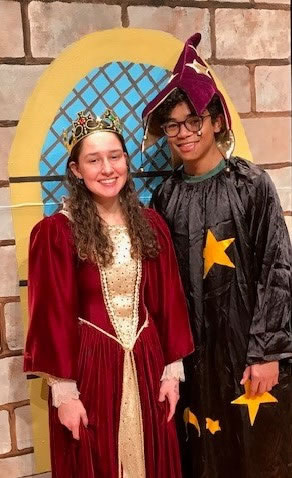 “It’s a very funny story and something different from what we’ve presented the last couple of years,” said Dr. Kauppila. “It may not be as familiar to people as some of our past shows but I know everyone who comes out will really enjoy it.”

Mrs. Saltzburg noted that senior Miranda Nilan, as Princess Winnifred, is appearing in her first musical after a very distinguished high school singing career. “I think we’re done a nice job of getting students who have not been in shows before to display their talents in a different way,” she said. 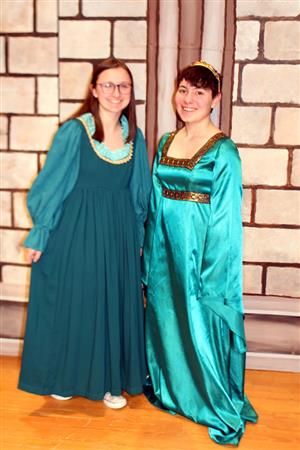 “I wish the community could see how much work the students and staff put into a production,” said Dr. Kauppila. “Everyone wants to make sure the show is first-rate and that the audience gets its moneys-worth.” 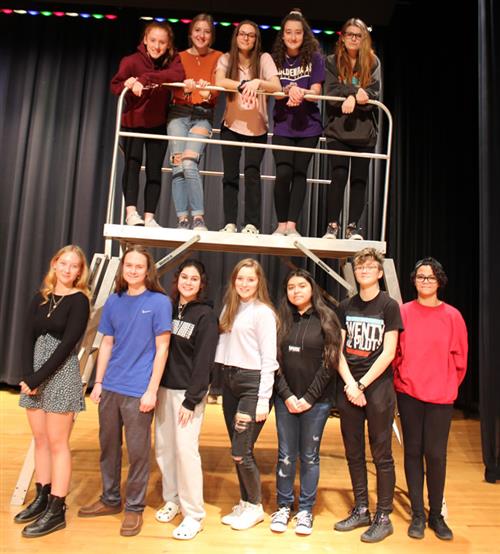 Members of the Once Upon a Mattress crew.